The concept of early explorers and settlers travelling out west in the USA in search of fame and fortune, or just to realise their dreams of a better life, has always fascinated me.  So I was very excited to fly to Carson City and be on the trail of Buffalo Bill.

After 2,500 miles or so of hard terrain travelling from the East to the West the early pioneers might have been forgiven for thinking that they must surely almost be at their journey’s end.  But then they came up against the Sierra Nevada Mountains. 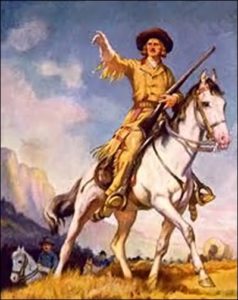 These are a daunting 14,000-ft high range running 400 miles up along the eastern part of California bridging into Nevada, and the early settlers had to find a path through them and across their wide rivers.

It was Kit Carson who with John Fremont made an epic journey west in 1844 pioneering a way up the eastern slopes of the Sierra Nevada and into Eastern California… and that route through the Sierra Nevada became known as ‘The Carson Pass’.

I’ve flown into the city that bears the great frontiersman’s name, Carson City, in a four-seater Warrior, from an airport 60 miles east of LA.  The scenery was breath-taking: soaring mountains of the Sierra Nevada on one side, and dry, arid deserts and salt lakes stretching into the distance on the other. 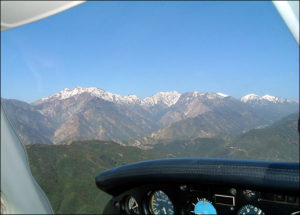 On my way to Carson City

The sky was a beautiful clear blue and cloudless, except once to the Northwest of Inyokern, in the heart of the mountains, where there was a thunderstorm building… that in the end stayed local and so posed no problem.  There was the most wonderful feeling of being alone and of exploring; of freedom, and seeing mother nature at her purest.

Carson City also became part of the route run by the famed Pony Express riders – a very entrepreneurial business venture started in 1860 by William Russell, Alexander Majors and WB Waddell, who set up a string of relay stations almost 2,000 miles long from Missouri to California.  A notice appeared in a San Francisco newspaper:

The riders raced between the stations, switching horses every 10-15 miles and averaging 75 miles per run – day or night, in all kinds of weather, and often fighting off Indians and desperadoes.  One of those riders was aged only 14, and was reputed to have held a record for riding 322 miles in 21 hours 30 minutes – William F Cody, better known later as Buffalo Bill.

My grandmother, who was a very great and famous pianist, and a bit of an explorer and adventuress (in the best sense of the word) in her own right – extraordinary for a woman for those times – met Buffalo Bill on one of her concert tours in the USA; he was rather smitten with her, I gather (well, after all, she was a very pretty young lady then!) and he presented her with a lasso and a signed photograph…  which I still have to this day. 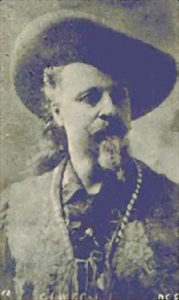 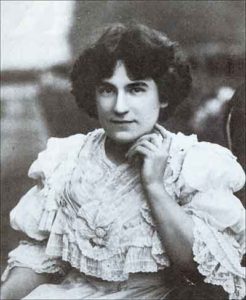 [Read more about Adela Verne
here and on this page here.]

My Bottlebrush – or Melaleuca Citrina

In a magnificent few days of glorious sun, my crimson Bottlebrush burst into full bloom.

I’m no great gardener, but I can appreciate beauty when I see it.  And, there is an interesting story to this little plant.  Well, it’s not so little, the bush is about 8 feet tall.  Originally endemic to Australia, it was first taken away from that continent and brought to England in 1770 by Joseph Banks, the great botanist in the time of King George III.  Banks journeyed with Captain Cook on his first great voyage to Brazil, Tahiti, New Zealand and Australia, and was President of the Royal Society for 41 years.  It was he who advised the King on the development of the Royal Botanic Gardens at Kew and turned it into one of the world’s leading botanical gardens, a position which Kew Gardens still  holds to this day.

When the plant flowers, I’m always reminded of my chemistry lessons and experiments at school – using the glass test tubes, and cleaning them afterwards with a brush on a long stalk with spikes coming off them – exactly like the Bottlebrush plant, except they weren’t crimson.

Sadly the bloom doesn’t last very long, merely a couple of weeks, but it’s always rather spectacular when it happens, and is always a pleasure to see.